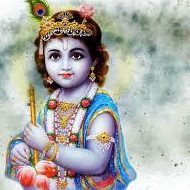 In the previous episode we had witnessed Vidura’s explanation on four important aspects to lead a comfortable life in this world – “Dharma”, “Kshamaa”, “Vidya” and “Ahimsa”. We witnessed each of the four aspects in detail with adequate relevance to the modern day scenario as well. Why do we say all these aspects are important? That is because our ancestors and forefathers have followed these paths and proved their success in their lives. For instance if we take our freedom fighters – All of us knows that they fought by the “Ahimsa” way (non-violence). It was only because we obtained our freedom with this method that our freedom today is sustainable! Can we point out one other country in this world that had followed “Ahimsa” and obtained independence? How much of bloodshed we’ve seen across the world in the name of freedom fighting? Even today we’re seeing innumerable instances of bloodshed, just to establish one religion’s ideology! But is this going to be sustainable in the long run? What if the other camp also starts to counter-attack? This is where the fight escalates and it transcends into a full-fledged war!

Thus given that all such things are happening around the world even today, it is India that stands always for peace, isn’t it? How many countries have India waged war upon till today? The answer would be zero! Yet we’ve been a successful nation with immense growth in almost all of the sectors, isn’t? Hence, we should realize that war or a fight is not a solution for any problem! It is only peace and “Ahimsa” that can be the best and long-lasting solution. This is why we chant in the Upanishads,

Now moving on further – So far Vidura has been saying things as single. In the past few slokas you would have noticed that the verse starts with the word “Eka” (One). Now Vidura is going to explain things in pairs (Two at a time). Let us see what Vidura has to explain next:

Here, Vidura explains that just like how a snake would enter into the water or marsh and kill frogs for their prey, the following two attributes would also kill a human being! What are they?

Vidura explains that if a king who is a “Kshathrya” and who is also the head of the huge army of the country goes to a fight in front of an enemy, but refuses to fight and defend his country, would face destruction then and there! If the king wanted to have a ceasefire agreement with the opponent, he should have done it before the war commences at the battlefield. Once he has come to the war field, he should focus only on fighting out the enemy, rather than doing ceasefire with him! Thus if a king resorts to a ceasefire agreement at the time of war, he would be considered as a “coward” and both him and his country would face destruction! This is what Vidura explains by saying “Raajaanamcha aviroddhaaram!”

The next one – “Braahmanancha appravaasinam!” Here Vidura explains that if a “Brahmin” does not go around places and does not offer services to mankind, he cannot be a “Brahmin” anymore! Thus here, Vidura is making an extremely strong statement – A person who is born, as a Brahmin should dedicate his life to the service of mankind! But in today’s life are we witnessing it? Of course there is a significant change in the mindset of we Brahmins today isn’t it?

This is an important discussion that is going to follow. Normally I’m not a person who goes into “religious” sentimental talks. However, looking at what is happening around us, there is a dire urgent need to create the awareness amongst our people.

Now who is a real Brahmin? Strictly speaking, a Brahmin is a person who should gain expertise in the Vedas and Upanishads and should spread its awareness to others. This is the primary job of a Brahmin. It is this job that we also should have stuck to in today’s world also because this is what Bhagawan has also instructed us to do! But the real question is that, do we follow this today? Now, we would immediately ask the counter question – If that is the case, how do we earn money? How do we take care of our survival in today’s world? Who will take care of us?

Strictly speaking, “Kshathryas” and “Vaishyas” are those people who have got the duty to protect the Brahmins. Whether they do this or not in the modern day is another question to be asked as well! Thus we can understand here that in olden days, the “caste” system was designed on the nature of jobs that each person is into – A Brahmin is a person who preaches and propagates the Vedas, Kshathriyas and Vaisyas are those who protect the Brahmins and make sure that they are comfortable in their day-to-day life. Indirectly, all three castes had the responsibility to protect the Vedas and our Sanaathana Dharma. This was the traditional practice for generations after generations.

However, things have dramatically changed in today’s world. To be more blunt, the definition of “caste” itself has changed today – predominantly for political reasons and “Vote-bank” politics! In fact, if we do a deeper research on why is our country diminishing in terms of value systems and ethics, we would witness in the current day that these Brahmins have started to earn money through various sources such as business, employment for salaries, etc. In short, Brahmins are now doing everything except propagating the Vedas! It is clearly mentioned in the Vedas that Brahmins are not supposed to enter into business of any sorts and they are supposed to have that “Vairaagya” not to give into the temptations of money and property!

Of course some people might ask the counter question: “So what? Can’t Brahmins be successful in doing business? Haven’t we seen Brahmins doing business exceptionally well?” Yes! I agree that there are successful businessmen who are Brahmins. It should be noted clearly that I never said Brahmins would not be successful in business. They would be. But the bigger question is that, “If Brahmins change their profession completely, then who would preach and propagate the Vedas to this world?” What will happen if the Vedas are not propagated properly?

This is where the gap lies – The irony in today’s world is that, since Brahmins have entirely changed their course of life, there is a huge shortage of people who can effectively propagate the Vedas and Upanishads to the world! Isn’t it a worrisome thing today? The fact is that, because of lack of propagation of our Vedas and Upanishads, politicians use this as an opportunity and thus, religious conversions start happening and we’re practically seeing that today! Other religious organizations use this potential weakness of Hinduism and try all the tricks in the trade to pull unaware Hindus into their own trap and make huge money out of it! More than worrisome, isn’t it a dangerous trend? Today, if we go towards the south of Tamil Nadu, we get shocking reports that over 300 people are being converted from Hinduism to other religions every day! Why is this happening? In Hinduism there is nobody to preach and make people aware of our Vedas, whereas the other religious groups have excellent preachers who can “brainwash” our people and convert them!

Thus this episode should be an eye-opener to all of us and we should realize that our Hinduism is under threat from various anti-social elements around us. The bigger question now is that, how do we unite together and defeat those forces that try and wage a “Religious war” on us! Let us think about it! Thus we should realize that this menace called “Religious conversion” is only because of our own negligence! It all started when each of our castes started having ego problems with each other’s and started infighting! If all of us had stuck to our roles and responsibilities according to our respective castes, such things wouldn’t have come at all! This is exactly what Vidura is trying to explain here – “braahmanancha appravaasinam!” That is, if a Brahmin doesn’t stick to his assigned roles and responsibilities, he cannot be considered as a Brahmin at all!

Thus from this episode, the message is that we should realize our roots and appreciate our ancestral responsibilities. It is not only enough if we just appreciate them – We should make a vow that we would follow them and uphold our “Sanaathana Dharma” in a positive way in order to prevent other religious fanatics and groups to take over us! We shall think about this important point today and wait for the next episode to find out more! Stay tuned! 🙂